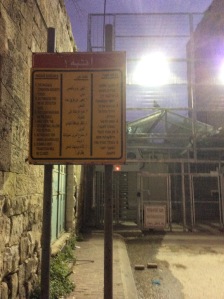 We made it through the checkpoint to the Jewish enclave in the old city of Hebron, which now contains some of the West Bank’s most hardline settlers.

The area is usually off-limits to non-Israelis, but we managed to wander through the ghost town that was once home to thousands of Palestinians. Now it is home to 400 settlers that are protected by 2,000 soldiers.

This was once the centre of city life with 300 shops, the central market and government offices. Now the houses are sealed up and the shops closed behind rusty shutters. The old bus station has been turned into an army base.

The few Palestinians that remain can only enter their homes by climbing along their roofs and making holes between the houses. Children do the same to get to school, often having to avoid a barrage of stones and filth being thrown at them by the settlers. 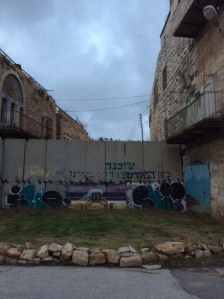